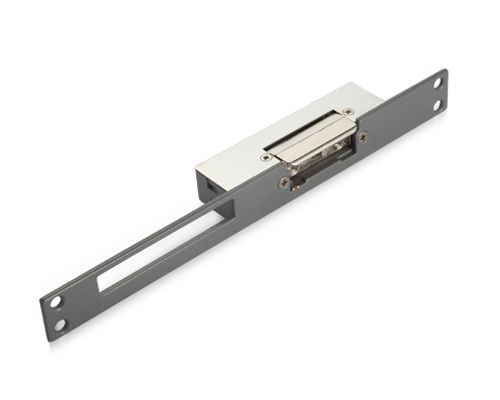 Electric strike is an access control device used for doors . It replaces the fixed strike faceplate often used with a latch bar (also known as a keeper). Like a fixed strike, it normally presents a ramped surface to the locking latch allowing the door to close and latch just like a fixed strike would. However, an electric strike's ramped surface can, upon command, pivot out of the way of the latch allowing the door to be pushed open (from the outside) without the latch being retracted (that is, without any operation of the knob) or while excited the knob or lever can be turned to allow egress from the secured area 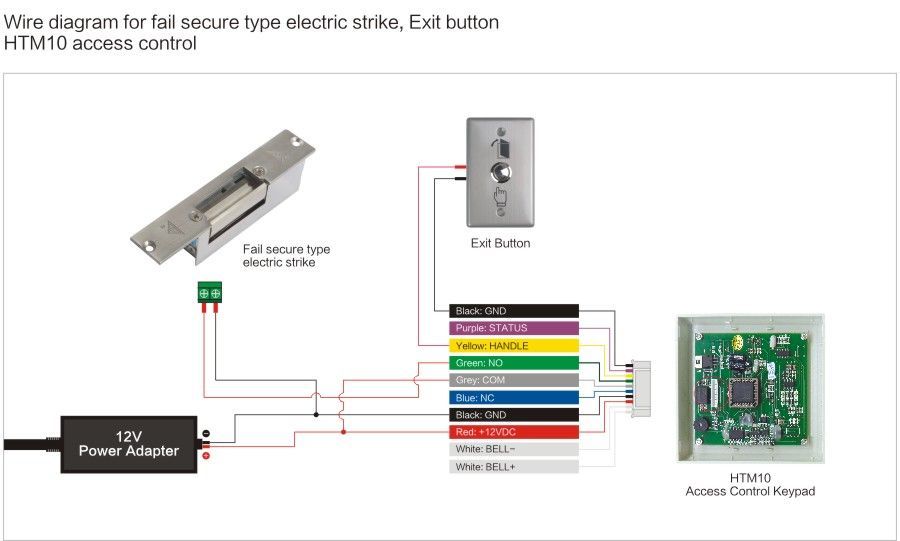 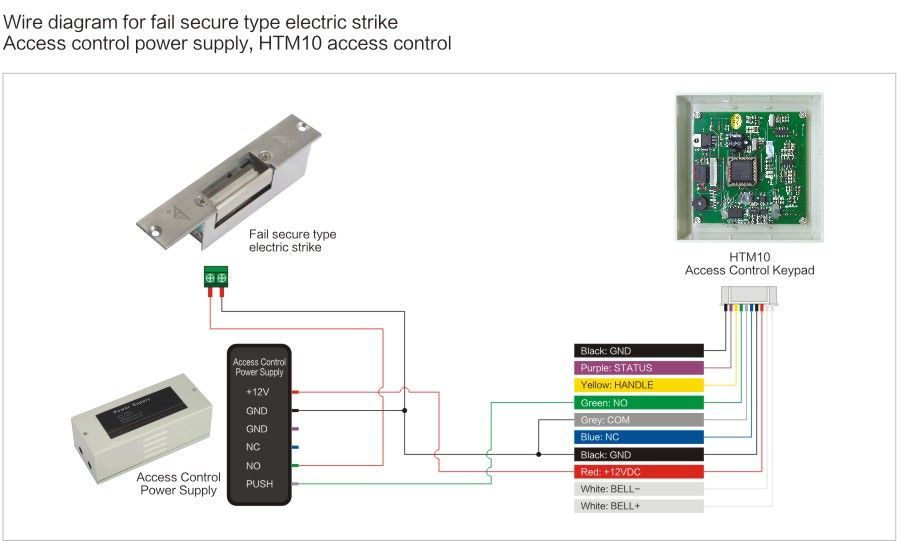 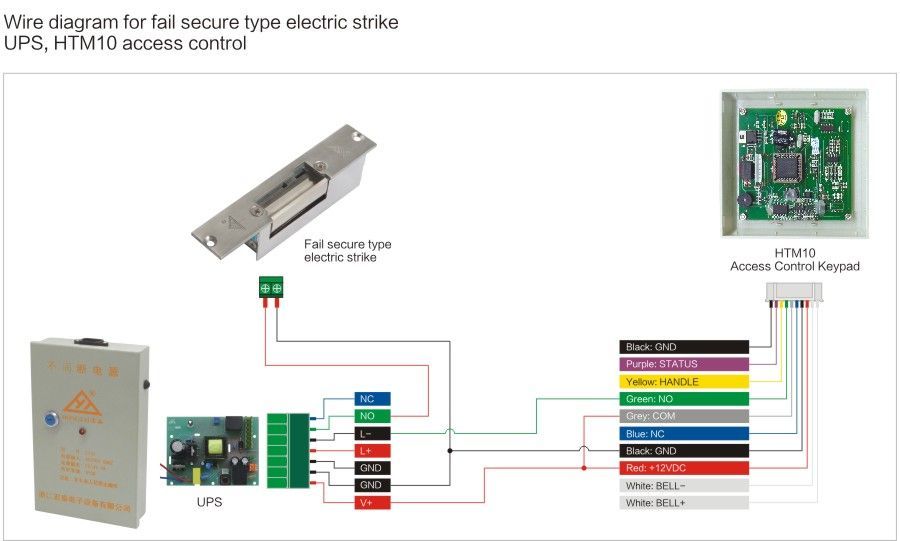 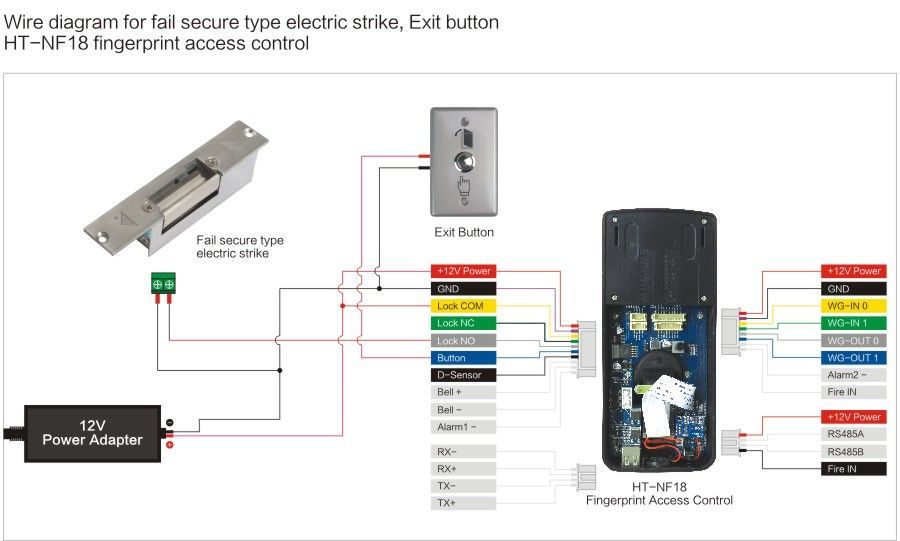 The explanation for electric strike code 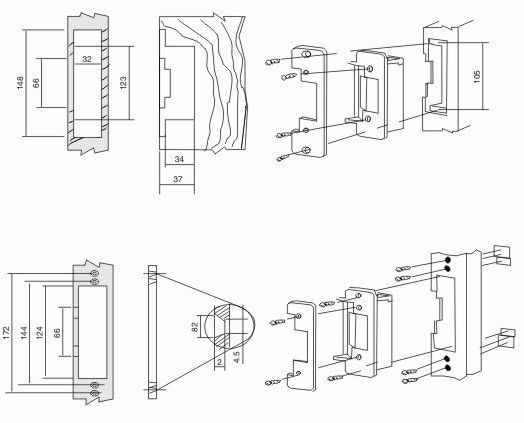 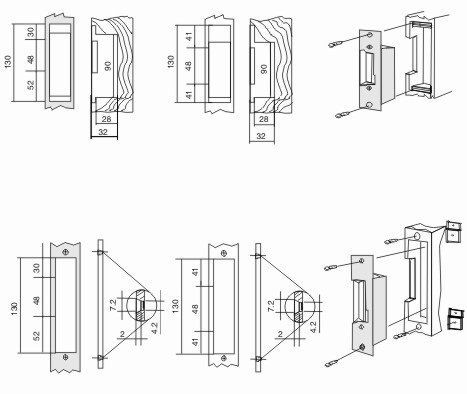